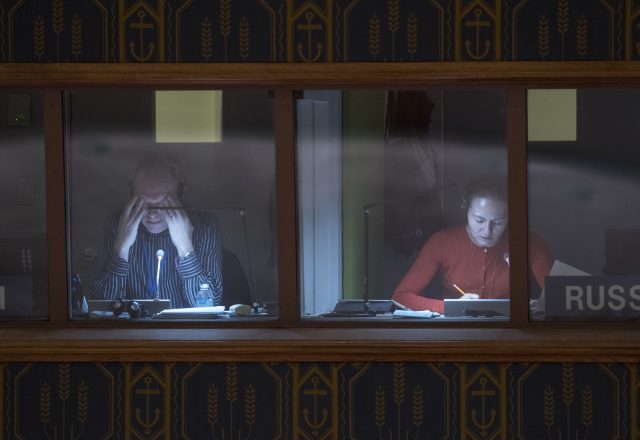 Note: The Guide was prepared in 2010 and has not been updated since.

Am I liable for taxes on my monthly benefit?

Each country determines, based on its own relevant national tax legislation and policies, whether and to what extent UNJSPF pensions are subject to national taxation. The UNJSPF makes no tax reimbursements to its beneficiaries under any circumstances. Any reimbursement of national income taxes that may be payable on certain UNJSPF benefits is done by the former employing organization.

What do I do if I need a certificate from the UNJSPF for the tax authorities in my country of residence?

You should write and request a certificate of benefits paid for the tax year in question. Once you have requested that certificate the UNJSPF will automatically send you the required information each year, usually one month following the end of the relevant fiscal year.

How do I calculate the amount of my own contributions? And those of my former employing organization?

Information on your own contributions and those of your former employing organization (i.e. at twice the total of your contributions) is provided to you in the benefit entitlement letter that is sent to you as soon as your first benefit payment has been processed. It is important that you keep that letter and the information that it contains. If you should misplace the letter, you may request a copy of the letter to be sent to you.

Can the UNJSPF help me calculate my taxes?

The UNJSPF does not maintain official information on national tax legislation since beneficiaries reside in over 180 countries. Therefore, for authoritative advice on tax issues, you should consult your local tax authority or an attorney or accountant who specializes in such matters. Furthermore, a local association of the Federation of Associations of Former International Civil Servants (FAFICS) may also be able to assist you. The list of the Associations is presented in the latest UNJSPF annual letter that can be obtained from our website.

UNJSPF is a “qualified” employees’ trust under IRC section 401(a). A copy of the most recent IRS determination letter in which this is recognized (dated 28 April 1977 and bearing the symbol E:EO:7103:O.Resnick) is available here.

As a qualified trust, UNJSPF benefits are taxed by the United States in the same way as those of any other such trust – with the single exception that for a non-resident alien these benefits are considered to be from a non-United States source and thus not subject to United States taxation (see para. 8 (b) above). In securing advice or assistance from any lawyer, accountant, tax service or IRS agent, it should be made clear that UNJSPF is “qualified” and that there are no special exemptions or immunities relating to the taxation of the benefits it pays to United States citizens or resident aliens.

The general principle by which benefits from qualified pension plans are taxed is that the participant, or his or her beneficiaries, are entitled to recover tax-free the participant’s own “investment” in the pension, which generally speaking amounts to his or her own actual contributions to the plan, while any benefits in excess of that investment are subject to taxation (at regular or capital gains rates). The portion of each benefit payment that is subject to tax depends on how that “investment” is calculated and how it is allocated to each benefit payment; an indication of how this is done is given in parts C-H below, and in section VIII, examples A-D, F and I. It should, however, be noted that the taxable portion of the benefit is not merely the sum of the employing organization’s contributions plus the interest credited thereon and on the participant’s contributions; rather, it is, in the first instance, the difference between the total actuarial value of all elements of the pension (called the “expected return” by IRS and calculated according to IRS rules rather than the UNJSPF tables) and the participant’s investment and ultimately the difference between the total amount of all payments received from UNJSPF and the participant’s investment.

IRS annually issues its publications No. 575, entitled “Pension and Annuity Income (Including Simplified General Rule)”, and No. 939, entitled “Pension General Rule (Nonsimplified Method)”, which contain full descriptions of the taxation of pensions, particularly those paid by qualified plans, as well as numerous actuarial tables required to make the necessary calculations. (Briefer descriptions appear in publication No. 17, entitled “Your Federal Income Tax”, as well as in the instructions for completing line 17 on form 1040 (for 1993).) The remainder of the present section III of the guide refers as far as possible to those official documents, to which retirees and other beneficiaries should turn for additional explanations, detailed instructions and further illustrative examples. An attempt has been made to indicate how various features and provisions of UNJSPF relate to the descriptions and definitions in the IRS instructions.

The calculations described below only determine what portion of each UNJSPF benefit is tax-exempt and how much is taxable and, if so, on what basis (i.e., at regular rates, or as a long-term capital gain, or subject to income-averaging rules). The actual amount of the tax payable will depend on the taxpayer’s gross taxable income (which also includes any other taxable income) and on the exemptions, deductions and tax credits available.