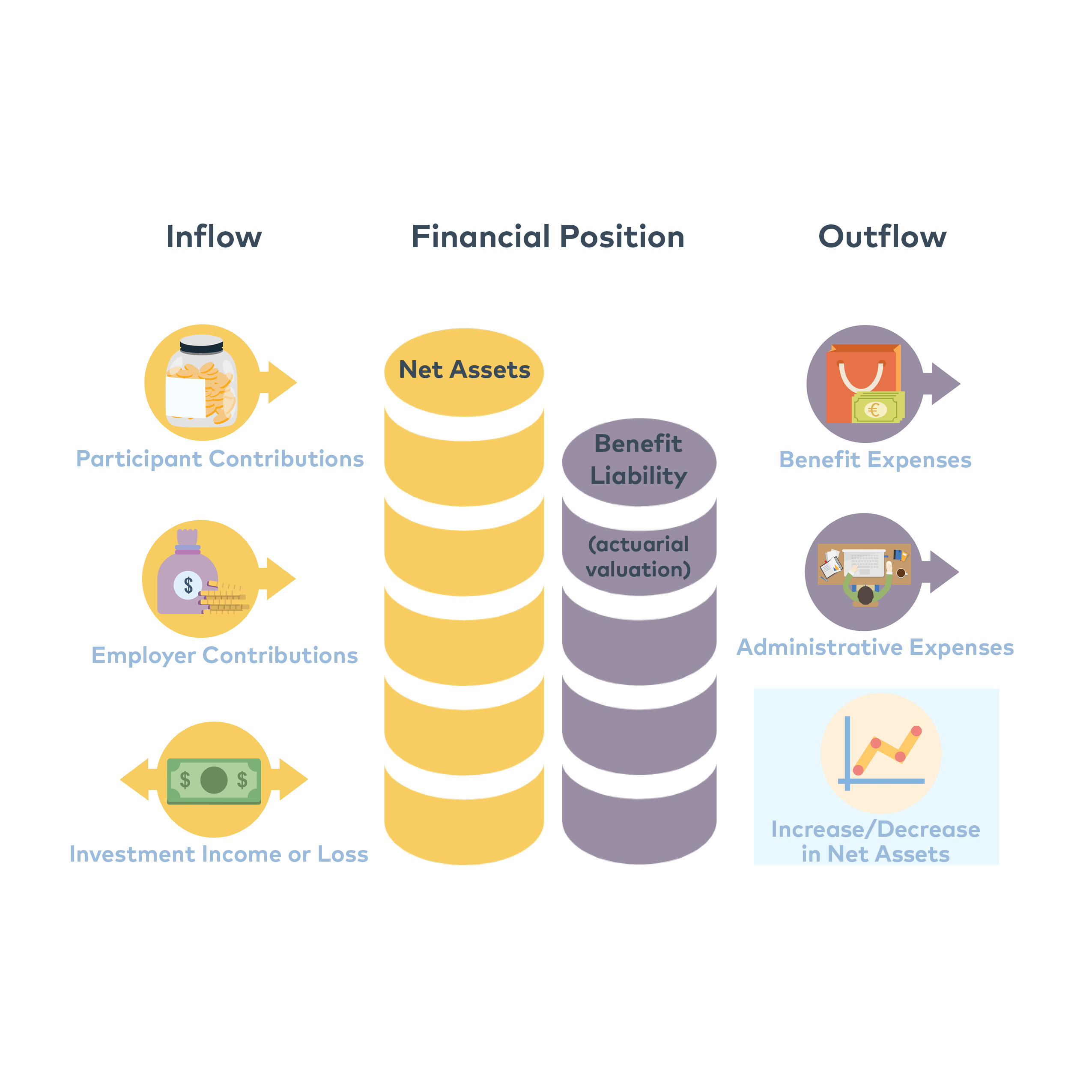 Taking note of the unqualified (clean) audit opinion issued by the United Nations Board of Auditors, the Pension Board approved the financial statements of the Fund for the year ended 31 December 2018.

During the 2018 financial period, there was a decrease in the net assets available for benefits of $3,589.9 million (2017: an increase of $9,877.8 million). The decrease was primarily attributable to investment losses for the year.

Valued as of 31 December 2018 and based on a roll-forward of the census data as of 31 December 2017, the present value of the Fund’s liabilities, consisting in the accumulated plan benefits with adjustments, amounted to $ 58,492 million (without adjustments $ 42,896 million), which is below the net assets available for benefits of $ 60,776 million.