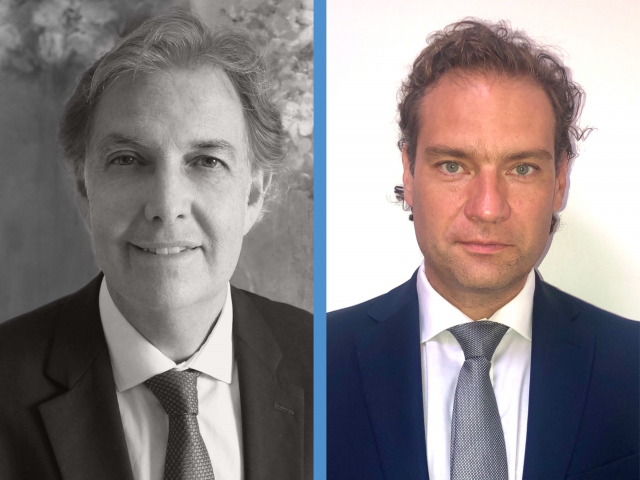 Mr. David Penklins on the left and Mr. Jan de Preter on the right

We are pleased to announce that two senior managers have recently joined the Fund, following competitive processes, selection by the UN Joint Staff Pension Board and recruitment by the UN Secretary-General.

Mr. David John Penklis was appointed as Deputy Chief Executive of Pension Administration and started on 16 September. He brings over two decades of finance, administration, and management experience to the Fund. He has managed, started, and transitioned complex UN organizations and has extensive experience in global operations, large scale transaction processing, implementing change, optimization, and improvement programmes.

He was previously the Executive Officer, United Nations Departments of Political and Peacebuilding Affairs and Peace Operations, providing support to headquarters and field activities.  Prior to this position, Mr. Penklis served as the acting Director, Field Budget and Finance Division, Department Field Support, and before that Director, Mission Support, and Head of Liquidation, United Nations Mission in Liberia (UNMIL). He also established the UN Regional Service Centre in Entebbe (Uganda) and was a Principal Officer in the Department of Management.

Mr. Penklis holds a Doctor of Philosophy Degree from The University of Sydney (Australia), Master of Arts in International Relations, Master of Commerce, and Bachelor of Business. He holds professional membership designations as a Certified Practicing Accountant and Certified Australian Human Resources Institute.

Mr. Jan De Preter was appointed as Secretary of the UN Joint Staff Pension Board and started on 1 September. He has long-standing experience in international and intergovernmental governance and issues related to the functioning of the United Nations. Before joining the UNJSPF, he was Head of Section at the Delegation of the European Union to the UN in New York, responsible for UN Horizontal Issues. Prior to this he was a Belgian diplomat with postings in Brussels, Geneva, and New York, specialized in multilateral issues. In Geneva and New York, he was a representative and a delegate to the United Nations General Assembly and governing bodies of other UN specialized agencies.

Mr. De Preter holds a Master of History and a Master of International Relations from the University of Leuven (Belgium).