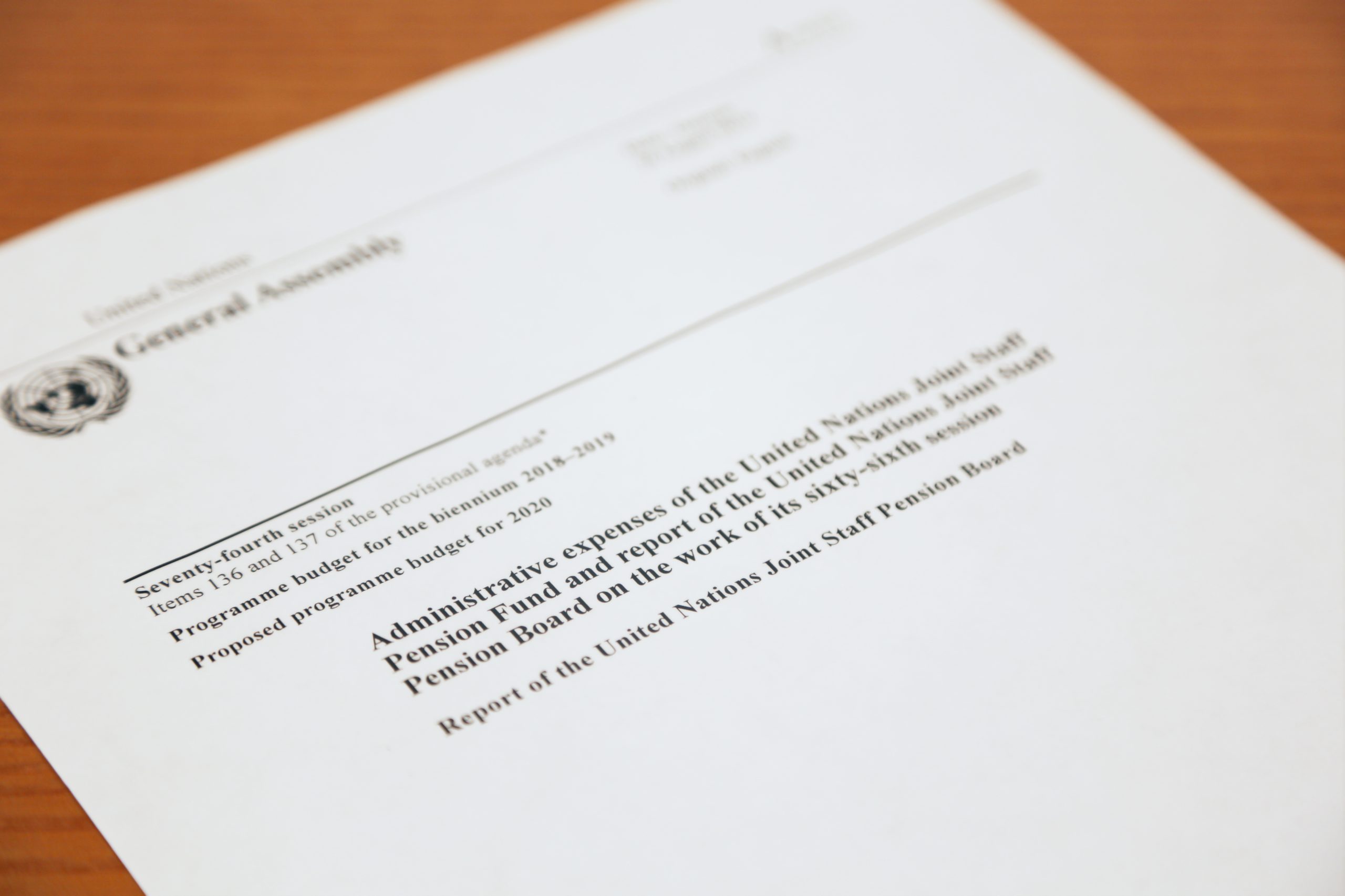 The 2019 Pension Board Report is now available

The report contains an overview of key topics discussed by the Pension Board, such as the actuarial valuation and investments of the Fund, and sets out the decisions taken and recommendations by the Pension Board to the UN General Assembly. The Board also considered proposals for the Fund’s administrative budget for 2020 and changes to the Regulations, Rules and Pension Adjustment System of the United Nations Joint Staff Pension Fund. An executive summary of the report can be found from pages 8 to 13.

REPORT OF THE UNJSPB CORRIGENDUM