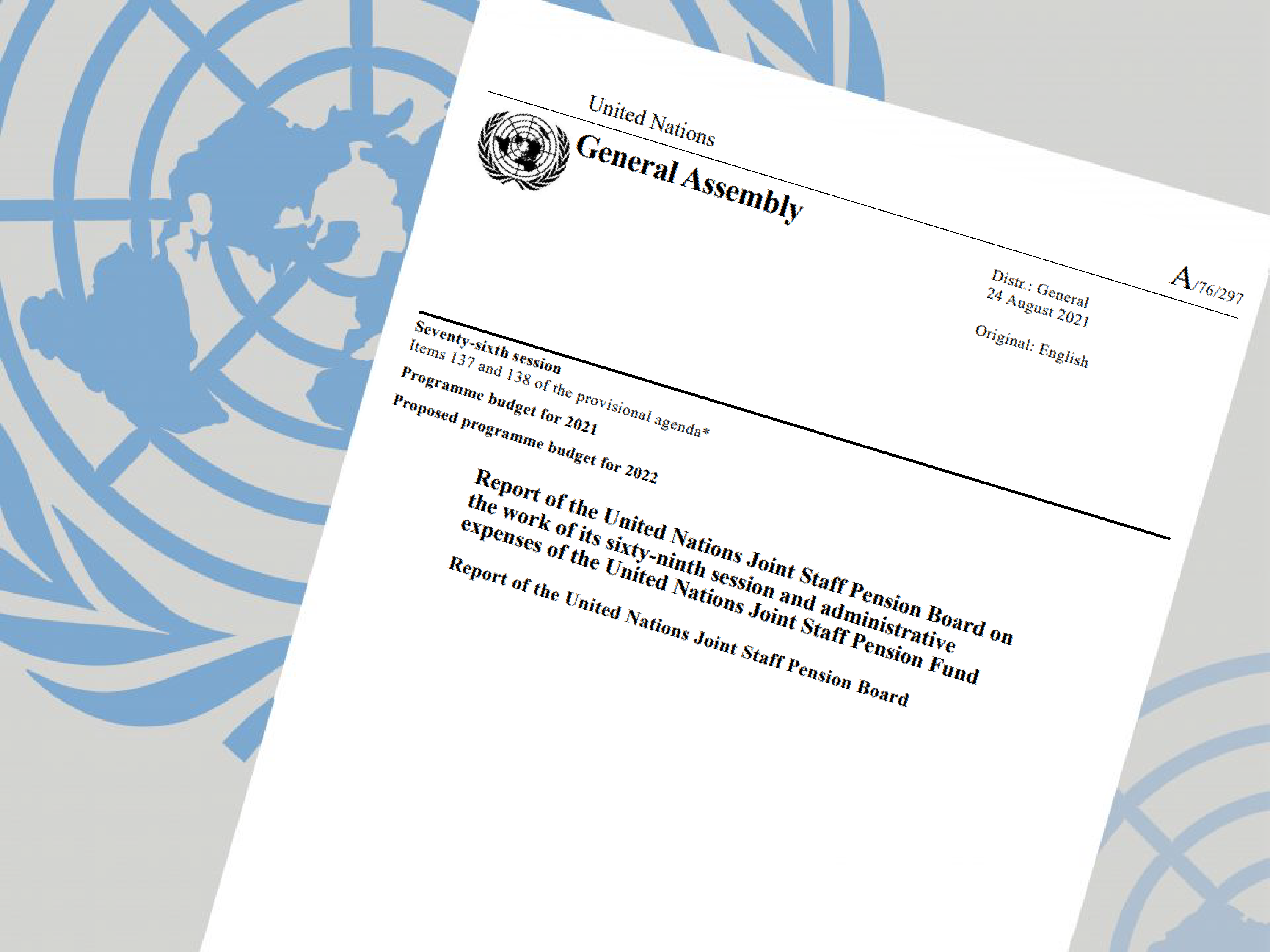 The 2021 Pension Board Report is now available

The report covers the issues addressed by the Pension Board at its 69th session held from 22 to 30 July 2021. It sets out the decisions taken and recommendations by the Pension Board to the General Assembly of the United Nations, including on the Fund’s administrative budget for 2022, assumptions for the next actuarial valuation as at 31 December 2021, governance reform proposals, and changes to the Regulations and Rules. An overview of the Board’s decisions can be found on page 9 of the report.