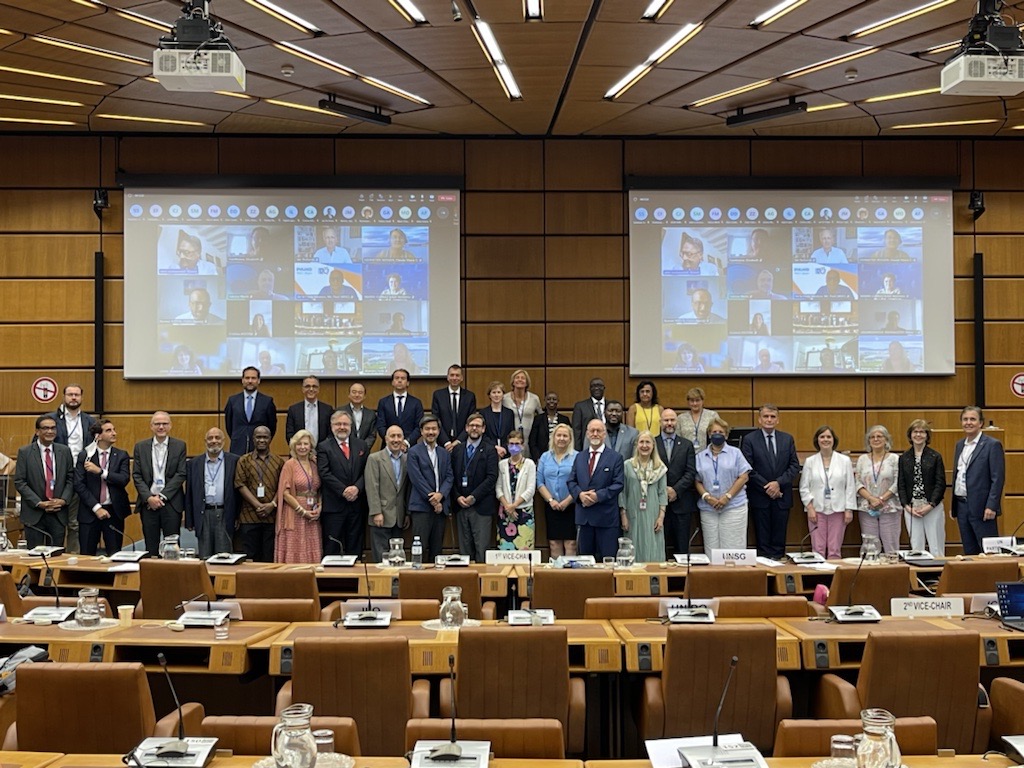 The 72nd session of the Pension Board concludes

The United Nations Joint Staff Pension Board has just concluded its 72nd session, in which it considered important pension matters, including the latest actuarial valuation, the performance of the Fund’s pension administration and investments, last year’s Financial Statements, the proposed 2023 administrative budget, matters of governance and change to its regulations and rules.

The meeting was held in Vienna (Austria) from 25 to 29 July, in the new hybrid format, of both in-person and remote participation as decided in the latest governance reforms. Below is a summary of the main discussions and decisions.

In accordance with the Fund’s Regulations and practice, the Board conducts an actuarial valuation every two years to assess whether future assets will be sufficient to cover future pension liabilities. The most recent actuarial valuation undertaken by the Fund’s Consulting Actuary as of 31 December 2021 showed a surplus of 2.3 per cent of pensionable remuneration on an open group basis and a funded ratio of 117 per cent, thus demonstrating that the Fund remained fully funded and in a sound financial position.

The Board together with its Committee of Actuaries reviewed the matter in detail before taking note of the valuation results while stressing the importance of continuing to achieve for the investments the 3.5 per cent annual real rate of return on a long-term basis for the future good health of the Fund.

Performance of the Fund

Ms. Rosemarie McClean, the Chief Executive, highlighted some of the many achievements of the Pension Administration, including that throughout 2021 and the first part of 2022, over 90 per cent of initial separation cases continued to be processed within 15 business days, despite an increase in the volume of separations. Ms. McClean also spoke of the Fund’s modernisation strategy, including that the Digital Certificate of Entitlement had recently won the United Nations Secretary-General Award in the innovation and sustainability category.

Mr. Pedro Guazo, Representative of the Secretary-General for the investment of the assets of the Fund (RSG), reported that the Fund ended 2021 with a market value of USD 91.5 billion. As a result, the performance of the investments was above the benchmark and well above the 3.5 per cent target for the real rate of return for 1-, 3-, 10- and 50-year periods. Mr. Guazo noted that the good performance of the Fund in 2021 had provided a buffer to navigate the challenging times in the current markets, reporting that the value of the assets was down to USD 80.2 billion as at 21 July 2021 (see here for the weekly update).

The Board took note of the initial report of the Ethics Adviser which included a number of observations and recommendations for further consideration by the Board. The Board agreed to continue its work on reviewing these important matters in collaboration with the Ethics Adviser and to provide the outcomes of these deliberations to the United Nations General Assembly at its 78th session in the fall.

There has been also progress made in the Plan Review Group that was established in February 2022. The Group proposed that priority be given to the measures that had already been approved for implementation by the General Assembly, but which had not been implemented yet, in the absence of an upward trend of actuarial surpluses. The Group will continue to review proposals received, including those from the staff pension committees.

The Board expressed support to the new Investment Policy Statement (IPS) presented by Mr. Guazo (RSG). The main updates to the 2019 IPS include a change in the governance structure and decision-making process, updated terms of reference of the RSG, a change in the Office of Investment Management’s organizational structure, and the creation of a Chief Investment Officer’s role. The IPS also reflects a new strategic asset allocation and benchmarks.

Changes to the Fund’s Regulations, Rules, and Pension Adjustment System

The Board considered amendments to the Regulations and Administrative Rules to address the restoration in the case of deferred retirement benefits on a cost-neutral basis to the Fund which had been approved at its 69th session in 2021. The Board also approved amendments to the Administrative Rules to allow for the greater utilization of electronic forms.

The Pension Board approved the Fund’s 2023 budget, which will be submitted to the United Nations General Assembly for final approval (see below).

The Board will submit its report to the United Nations General Assembly for its information and decisions on pension matters in the coming weeks. The Board’s report is expected to be published in September 2022.