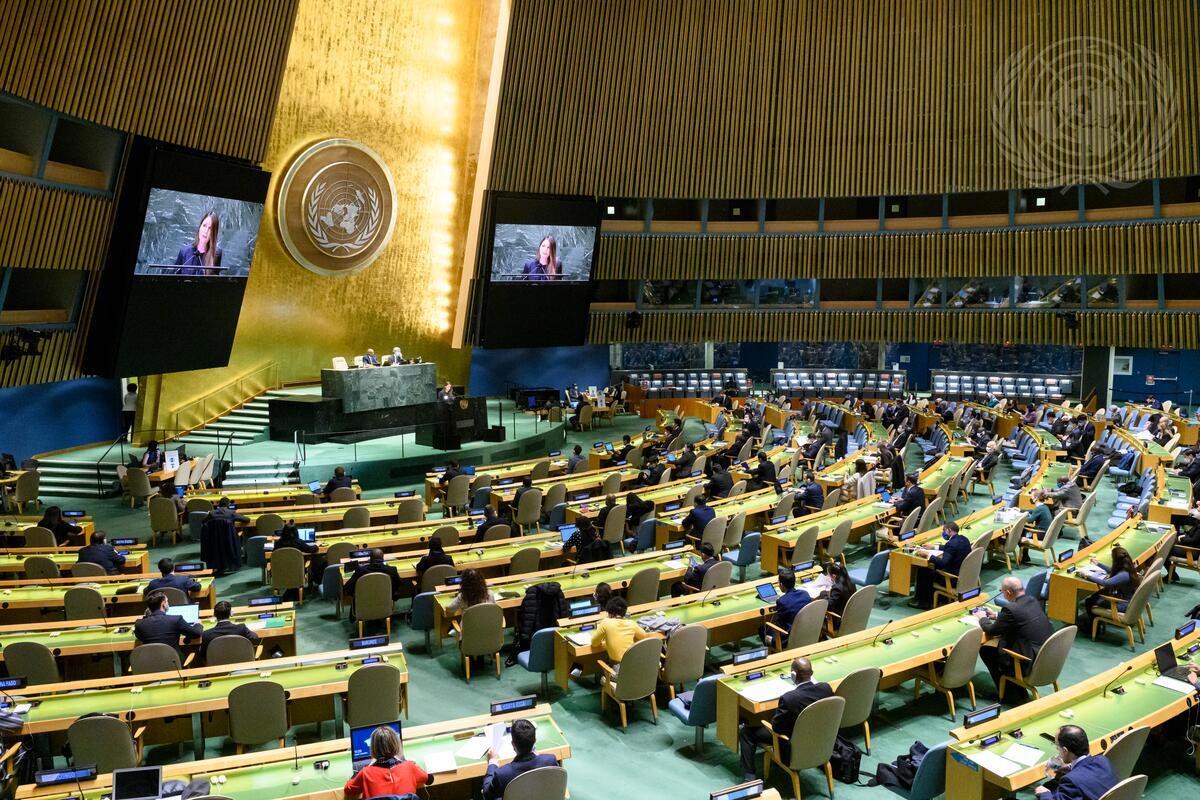 2022 Administrative Budget of the Fund approved

The General Assembly approved the Fund’s 2022 administrative budget, allowing the implementation of the Pension Administration’s 2021-2023 Strategy as endorsed by the Assembly last year. It includes the purchase of a new Customer Relationship Management system for pension administration and new posts to cover the increased level of activities, in relation to the growth in the number of Fund’s participants and retirees and beneficiaries.

On the investments side, additional recruitments are planned to manage a fast-growing portfolio of assets and the pilot to use derivatives for risk management.

On investments, the General Assembly noted the Fund’s consistent outperformance of the 3.5 per cent annual real rate of return benchmark for the 10-year and 15-year periods, and requested continued diversification of the Fund’s investment portfolio among developing and emerging markets, including impact criteria for a part of the portfolio.

The value of the assets grew by more than 10 per cent in 2021 after an increase of 13 per cent in 2020, to reach approximately USD 90 billion as of the end of December 2021. As it stands, the United Nations Joint Staff Pension Fund is fully funded, and in a position to assume pension liabilities for decades to come.

With regard to governance and the functioning of the United Nations Joint Staff Pension Board, the General Assembly endorsed the reform vision of the Board for more efficient and effective decision-making, based on decisions and conclusions reached by the Board at its 2021 session and following earlier guidance provided by the Assembly.

The composition of the Board of 33 members, representing the 25 member organizations on a tripartite basis, remains unchanged. The General Assembly decided to limit further physical attendance at Board meetings, determining that the 18 representatives from the member organizations that have one or two Board members should not attend Board sessions in person. The Board adopted a code of conduct in 2020, and the Assembly approved the appointment of an Ethics Adviser to help the Board implement its code of conduct and the ethics policy. The Assembly requested the Board, in consultation with the Ethics Adviser once appointed, to revise and adjust the ethics policy.  The ethics policy complements the code of conduct, specifically addressing issues such as possible conflicts of interest of Board members. The Assembly also encouraged the Pension Board to strengthen the functions of the Budget Committee with the aim of ensuring proper oversight of the resource requirements.

Other elements of the governance reform include updated and strengthened terms of reference of Board members, Chair, Bureau and committees. The Board will also meet more frequently during the year, making use of virtual meetings. The annual in-person meeting will be shortened from seven to five working days or less.

These important changes initiated at the request of the General Assembly should assist the United Nations Joint Staff Pension Board in effectively administering the Fund in the coming years.

Changes to the Fund’s Regulations, Rules and Pension Adjustment System

More details about these changes can be found in the 2021 Board report to the General Assembly including on page 31, pages 38 to 44, page 64 and pages 97 to 100. The revised Regulations and Rules in English and French will be published soon on the Fund’s website.

Transfer Agreements are designed, in part, to accommodate the transfer of staff between employers, other than the Pension Fund’s member organizations, by securing the continuity of their pension rights.